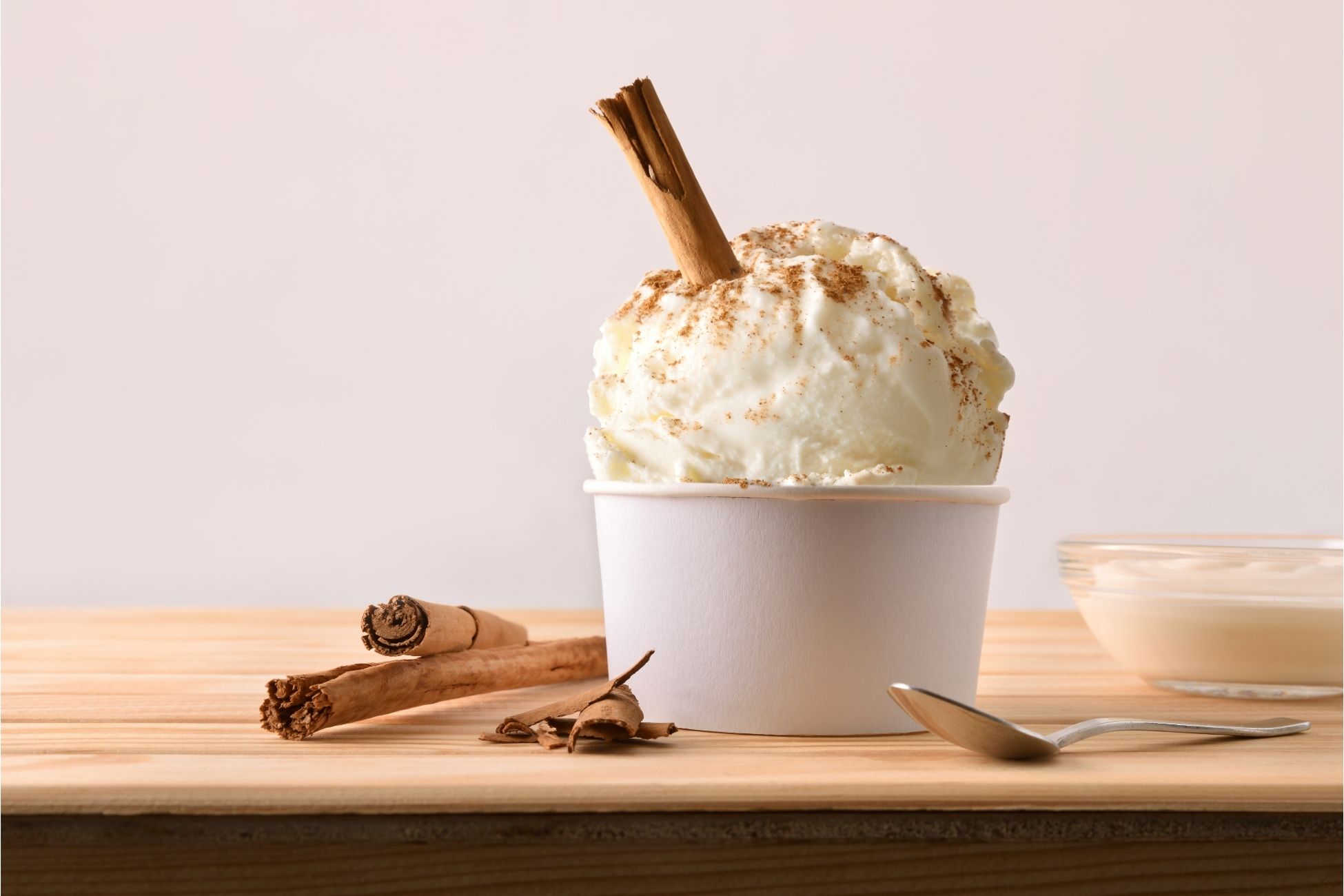 It doesn’t get more delectable and toasty as cinnamon ice cream. Crafted with a few simple ingredients, this ice cream has a rich and creamy flavor, perfect along with apple pie. Cinnamon brings the heat to a traditionally cold treat. If you’re looking for more flavor add some vanilla extract!