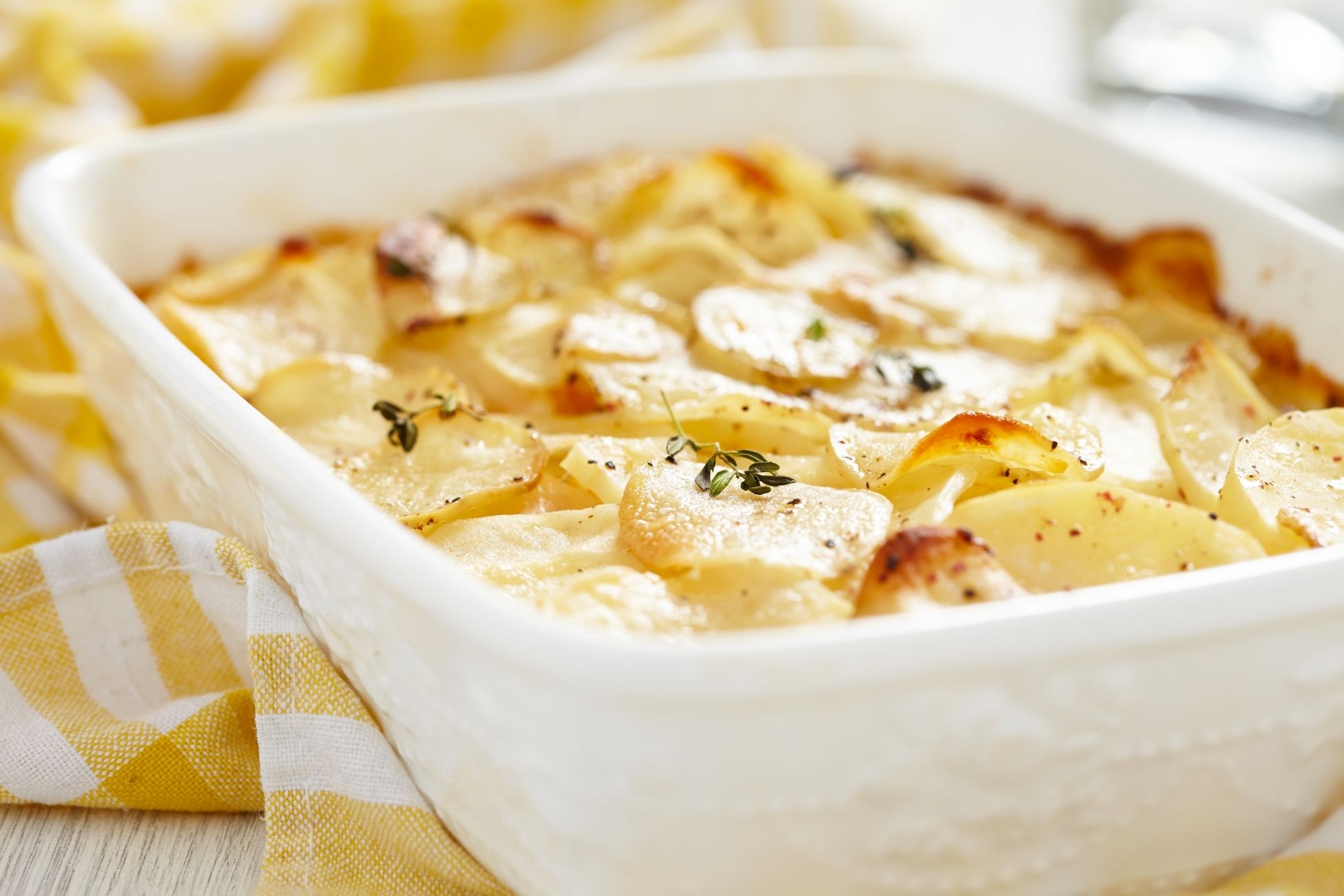 Scalloped potatoes are thinly sliced potatoes with any extras you’d like such as cheese, onion, parsley, milk or cream. When it’s baked the potatoes absorb the liquid and the top gets browned resulting in this delicious dish. You’ll want to use a shallow casserole dish to prevent stacking the potatoes too high. You don’t want to end up with a crispy browned top and a not-cooked-enough inside. If you’re trying to cook it faster, parboil the potatoes first for a few minutes.