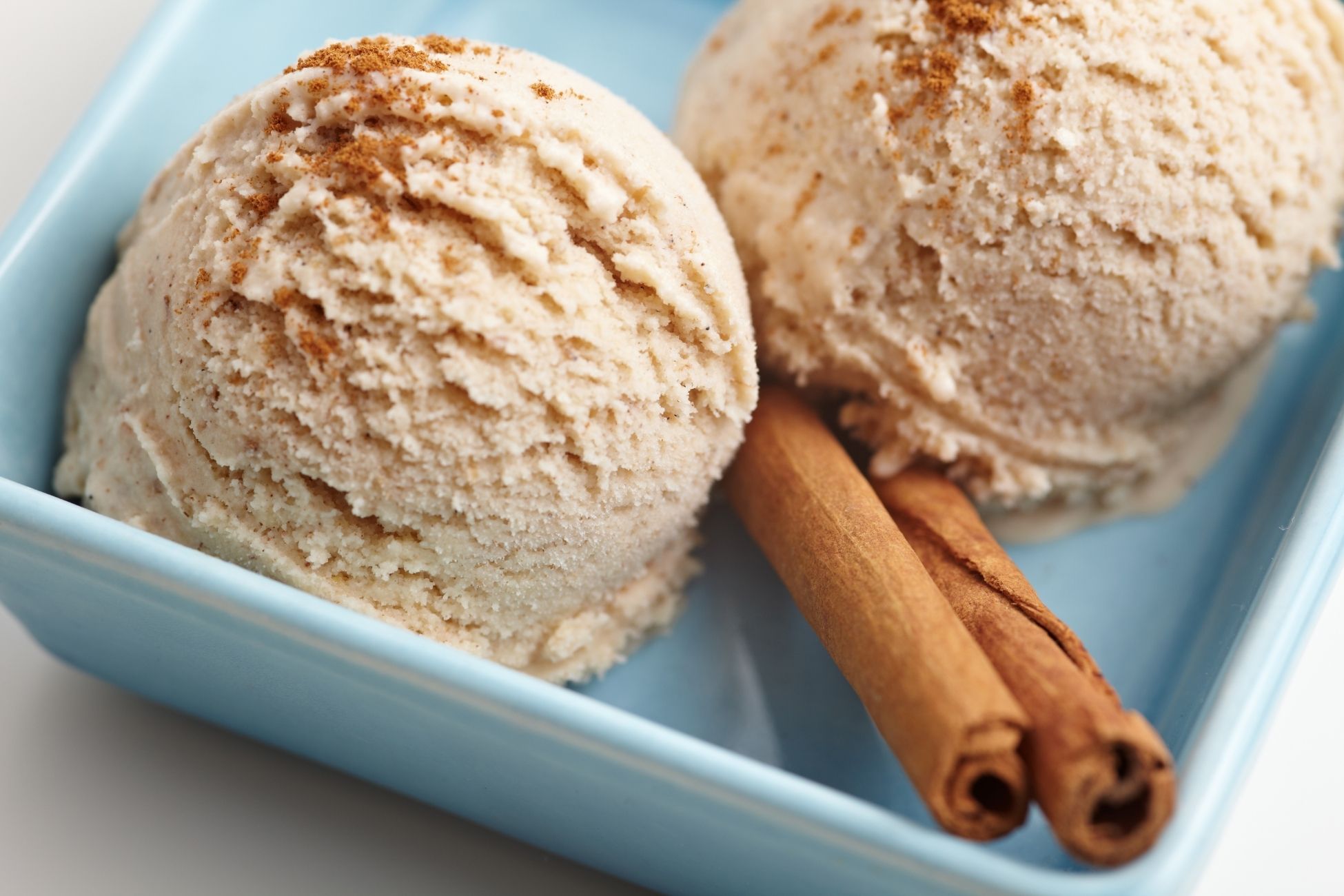 Nothing is more refreshing than a rich and creamy cinnamon flavored ice cream during these hot summer days. It’s a great alternative to vanilla ice cream when served with pie, cake or fresh fruit. If you want a bit more flavor add a teaspoon of vanilla extract. Easily prepare this recipe with simple, everyday ingredients.